When I started Teens Go Green in 2008, one of the first things I did was meet my city’s mayor, Buddy Dyer, as I found out he had a program called GreenWorks Orlando. I wore a shirt made of organic bamboo as I thought that would be fitting for the occasion, and made the pledge to go green.

I would do the meet and greet photo opportunity with Mayor Buddy Dyer almost every year from then in his office in City Hall. I would go with the title that I held that year. I wasn’t sure if he remembered me, but I would bring up what I did with Teens Go Green and he was always very eager. He even gifted me a tote bag made from a Universal Studios billboard.

It wasn’t until awhile later when my friend Chris Castro became the Director of Sustainability I really saw the impact he made in our city. One of the most impressive in my opinion is the free compost bins available to people in the City of Orlando. Chris Castro is extremely admirable with spearheading the international, United Nations affiliated organization IDEAS for Us.

I am extremely grateful my hometown has always been so sustainable and willing to work with their local citizens to make an environmental impact. I’m super proud to be from Orlando! 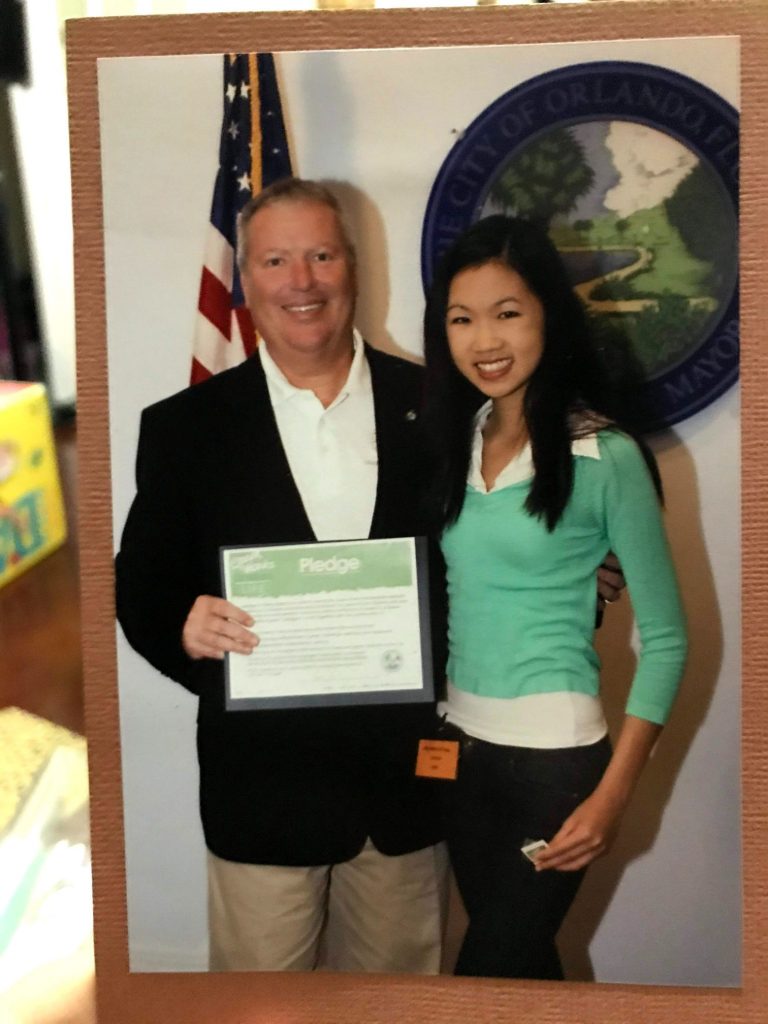